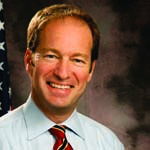 Rep. Peter Roskam proudly represents the Sixth District of Illinois in the U.S. House of Representatives and is the Chief Deputy Majority Whip, the fourth-ranking Republican leader in the House.

Peter has long fought for commonsense conservative solutions to the problems our nation faces, now doing so at the GOP leadership table. Considered a “Rising Star” by a variety of news outlets, Roskam serves on the Ways & Means Committee where he’s earned a reputation as a leader championing innovative conservative solutions on taxes, trade, and healthcare.

The Washington Post writes that “Roskam’s positions should debunk the notion that there is some gap between GOP leadership and the grass roots.”

In addition to being the party’s chief deputy whip, Roskam is the co-chair of the Republican Israel Caucus and the U.S. Korea Working Group, dedicated to increasing pro-American export policies. In 2010, Peter served as the vice-chair of America Speaking Out, the organization that created the GOP’s Pledge to America.

A lifelong Illinoisan, Peter’s roots run deep in Chicago’s western suburbs. He was born and raised in Glen Ellyn, graduating from Glenbard West High School as a varsity athlete and school leader. After graduating from the University of Illinois and then the Illinois Institute of Technology Law School, Peter worked on Capitol Hill for his predecessor, the legendary Congressman Henry Hyde.

Before his election to Congress in 2006, Roskam was a member of the Illinois Senate from 2000-2006, serving as the Republican Whip and Floor Leader. There he served alongside then-State Senator Barack Obama. He served in the Illinois House before that from 1993 to 1998. His work earned him awards from businesses, health care, and pro-family organizations and in 2005, Americans for Tax Reform named him a “Hero of the Taxpayer.”

Peter now lives in Wheaton with his wife of 23 years, Elizabeth, and their four children, Gracey, Frankie, Steve, and AJ.