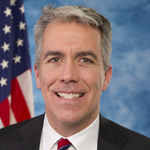 Joe Walsh is a Member of the US House of Representatives from the 8th District of Illinois. Rep, Wash has dedicated his professional life to service and advocacy. He has advocated on behalf of a wide range of public policy issues and causes, most notably advancing market-based solutions to education reform and urban poverty.

Joe began his career with Jobs For Youth, working in inner-city Chicago teaching high school dropouts basic academic and job skills; he worked on state and local public policy issues with the Heartland Institute, a free market think tank; he ran the Daniel Murphy Scholarship Fund, a Chicago-based privately funded school voucher program which gives high school scholarships to low-income Chicago eighth graders; he helped launch the Legislative Education Action Drive and Americans for Limited Government, national organizations working to get fiscally conservative state legislators elected in targeted states and advance the causes of limited government; he raised funds for and helped advance the cause of school choice for two of the nation’s leading school choice organizations, the American Education Reform Council and the Milton & Rose Friedman Foundation; and he continues to build support for an international charity which uses education and micro-enterprise to deliver Nicaraguan children from poverty, the Fabretto Children’s Foundation.

For the past couple of years, Joe has worked with local groups focused on raising early stage investment capital for new and small businesses and entrepreneurs. He has also consulted with the United Republican Fund, an Illinois-based state PAC helping to elect Republican state legislators.

As a life-long advocate for limited government and a vibrant private sector, Joe is troubled by the recent rapid growth of government spending and involvement in our lives. This concern has convinced him to move back to McHenry, IL, and run for the U.S. Congress. He intends to be a loud, forceful voice against this expanding government which will stifle economic growth and bankrupt our children and grandchildren.

Joe was born and raised in the heart of the Eighth District, growing up in a family of nine children. He and his wife Helene together have five children.