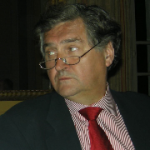 Marshall is the author of the best-selling survey of religious persecution Their Blood Cries Out (1997).  In speeches introducing the International Religious Freedom Act in the U.S. Senate, Senator Nickles described the book as “a powerful and persuasive analysis” and an “exhaustive survey,” “which simply cannot be ignored” and Senator Lieberman described it as “the manifesto of the religious freedom movement.”

He is also the General Editor of Religious Freedom in the World (2008), the most comprehensive survey of religious freedom available in English. His Radical Islam’s Rules: the Worldwide Spread of Extreme Sharia Law was released in 2005. Other recent books include Islam at the Crossroads: Understanding its Beliefs, History and Conflicts (2002), and God and the Constitution: Christianity and American Politics (2002).

Marshall is the author and editor of twenty other books and booklets, including Just Politics (1998), and A Kind of Life Imposed on Man: Vocation and Social Order from Tyndale to Locke (1996). He has published eighty scholarly articles, twenty briefs to government bodies, and hundreds of popular articles (for a listing of some recent articles see http://www.hudson.org/learn/index.cfm?fuseaction=staff_bio&eid=MarsPaul. His writings have been translated into Albanian, Arabic, Chinese, Czech, Danish, Dutch, Farsi, French, German, Greek, Indonesian, Italian, Japanese, Korean, Malay, Norwegian, Portuguese, Russian, and Spanish. His lecture on “Keeping the Faith: Religion, Freedom and International Affairs” was published in “America’s Representative Speeches 1998-1999,” a compendium of the best speeches of the year.

He has also been a Senior Fellow at the Institute on Religion and Democracy; Overseas Research Fellow for the Human Sciences Research Council of South Africa; columnist for News Network International; exploration geologist in the Canadian Arctic; forest fire fighter in British Columbia and an advisor to the Council of Yukon Indians.

His hobbies include shark diving and photography.