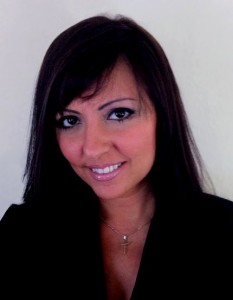 Juliana Taimoorazy is the founder and President of the Iraqi Christian Relief Council, an organization that raises awareness about the persecuted church in Iraq and helps Assyrian Christians resettle in Illinois, Michigan, Massachusetts and Arizona. Through her activism and media appearances, Taimoorazy has worked tirelessly to promote the cause of Assyrian Christians in the U.S. While volunteering for Catholic Charities, she has mentored young women arriving in the U.S. She has also volunteered with Operation Homefront in Illinois, an organization that provides emergency financial and other assistance to the families of our service members and wounded warriors.

Taimoorazy was smuggled into Switzerland in 1989 to avoid religious persecution in her native Iran. After spending seven days in a monastery in Zurich, she was smuggled into Germany where she sought asylum in the U.S embassy. In 1990 she immigrated to the U.S with the refugee status. As an Assyrian Christian living in Iran, Taimoorazy learned to be multi-lingual at a young age, and is fluent in English, Farsi, and Assyrian. She obtained her Masters degree in Instructional Design from Northeastern Illinois University.  In addition to being an entrepreneur, she has also worked as a journalist for a local television station in Chicago. As a child, she would take her sister’s hairbrush and stand in front of the mirror and act as a news reporter – even before she learned how to read and write. She currently is a radio host for Nineveh Radio.