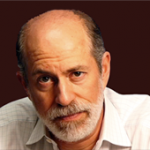 Frank Gaffney is the Founder and President of the Center for Security Policy in Washington, D.C. The Center is a not-for-profit, non-partisan educational corporation established in 1988. Under Mr. Gaffney’s leadership, the Center has been nationally and internationally recognized as a resource for timely, informed and penetrating analyses of foreign and defense policy matters.

Mr. Gaffney is the publisher and associate author of Shariah: The Threat to America (Center for Security Policy Press, 2010).  With an introduction by former CIA Director R. James Woolsey, New York Times bestseller Andrew C. McCarthy and Lt. General Harry Soyster as well as contributions from the 19-member Team B II, this highly acclaimed report provides a comprehensive and articulate “second opinion” on the official characterizations and assessments of the threat of political Islam as put forward by the US Government. Shariah: The Threat draws upon the work of the Center for Security Policy and offers practical steps for mobilizing the our law enforcement, our elected officials and the American public to defend out country from those who would do us harm.

Mr. Gaffney also contributes actively to the security policy debate in his capacity as a weekly columnist for the Washington Times, TownHall.com, and Newsmax.com. He is a contributor to BigPeace.com and his columns also appear periodically in WorldNetDaily.com, and FrontPageMagazine.com. He is a featured weekly contributor to Lars Larson’s syndicated radio program as well as Greg Garrison’s show and a frequent guest on syndicated programs with hosts like: Sean Hannity, Mark Levin, Hugh Hewitt, Janet Parshall, and Jim Bohannan. In addition, he appears often on national and international television networks such as Fox News, CNN and BBC.  Over the years, his op.ed. articles have appeared in such publications as: The Wall Street Journal, USA Today, The New Republic, The Washington Post, The New York Times, The Christian Science Monitor, The Los Angeles Times, National Review, Newsday, American Legion Magazine, and Commentary.

In April 1987, Mr. Gaffney was nominated by President Reagan to become the Assistant Secretary of Defense for International Security Policy, the senior position in the Defense Department with responsibility for policies involving nuclear forces, arms control and U.S.-European defense relations. He acted in that capacity for seven months during which time, he was the Chairman of the prestigious High Level Group, NATO’s senior politico-military committee. He also represented the Secretary of Defense in key U.S.-Soviet negotiations and ministerial meetings.

From February 1981 to August 1983, Mr. Gaffney was a Professional Staff Member on the Senate Armed Services Committee, chaired by Senator John Tower (R-Texas). And, in the latter 1970’s, Mr. Gaffney served as an aide to the late Senator Henry M. “Scoop” Jackson (D-Washington) in the areas of defense and foreign policy.

Mr. Gaffney’s leadership has been recognized by numerous organizations including: the Department of Defense Distinguished Public Service Award (1987), the U.S. Business and Industry Council’s Defender of the National Interest Award (1994), the Navy League of the United States’ “Alfred Thayer Mahan Literary Achievement Award” (1999), and the Zionist Organization of America’s “Louis Brandeis Award” (2003).

Mr. Gaffney was born in 1953 and resides in the Washington area.