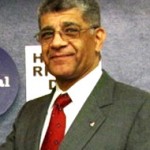 When he is not meeting with political figures and policy makers, Dr. Ramelah spends his time travelling throughout the country giving talks about the Coptic issue and explaining to the West the oppression against the Copts in Egypt. Dr. Ramelah was invited to address the European Parliament (2010) and to be the keynote speaker in the Italian Parliament (2011) on the issue of Coptic persecution in Egypt. He has done various interviews with Italian newspapers and appears frequently in the Italian and Arab Media. Dr. Ramelah is a featured author at American Thinker.com, Family Security Matters.com, and Canada Free Press.com.

Dr. Ramelah is well known to the Egyptian government due to his advocacy for the Egyptian Copts as well as for Voice of the Copts’ lawsuit against them on behalf of Muslim convert to Christianity Mr. Hegazy and his family in 2009-2010. Ashraf Ramelah also appears as an entry in the Coptic History Encyclopedia.

Dr. Ramelah, himself a Copt, was born in Cairo, Egypt. At the age of 17, he travelled to Italy to study architecture. He graduated with a doctorate in architecture from La Sapienza – Universita’ Degli Studi di Roma,Italy. His special study is restoration of old monuments and history of architecture.

His career as an architect took him to work and live in Italy, Saudi Arabia, Gabon and the USA. His personal interests are Egyptology and Coptic history in the period after the Arab invasion of Egypt in 651 AD.

Voice of the Copts is dedicated to bringing fair, correct and balanced information to the entire world regarding Copts and Christians in countries with an Arab-Muslim majority.

Dr. Ramelah is managing editor of a website in both English and Italian with the same name